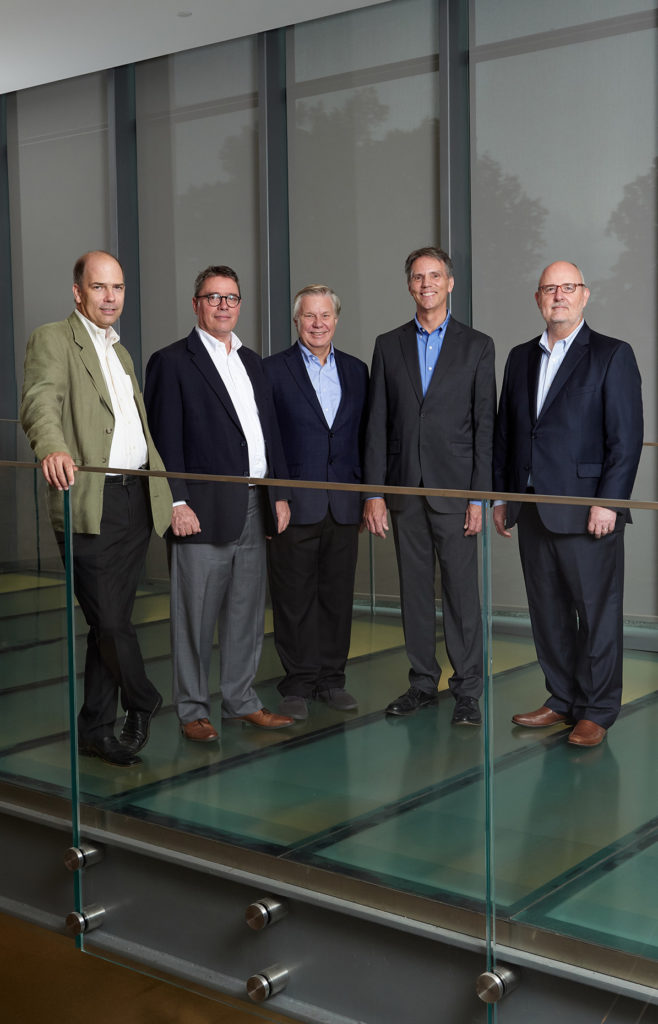 K. Norman Berry Associates Architects was formed in 1971, as the direct successor firm of Oberwarth Associates established in 1895.

C. Julian Oberwarth (1900-1983) was the first registered architect in Kentucky and was instrumental in the passage of state legislation to credential architects. Norman Berry, the Principal Emeritus, with partners Jim Burris and Milton Thompson, began practice in Frankfort, Kentucky in 1965 when the three purchased Oberwarth Associates.

In 1995, Steve Eggers (above middle) was named Principal. From 2006 to 2019 Steve served as Managing Principal and currently resides as Principal supporting firm leadership, and participating in the firm’s civic engagement efforts, and mentoring the staff.

Bob Haffermann (above right) and Ed Krebs (above inside right) have been Principals with KNBA since 2006. Bob currently serves as the Managing Principal and is responsible for oversight of the business operations and the financial management of KNBA. Ed takes a leadership role in the business development and civic engagement efforts of the firm.

Harry Dumesnil (above inside left) and Christopher Fuller (above left) were named Principals in 2014 and contribute to the overall leadership of KNBA in concert with the management team.