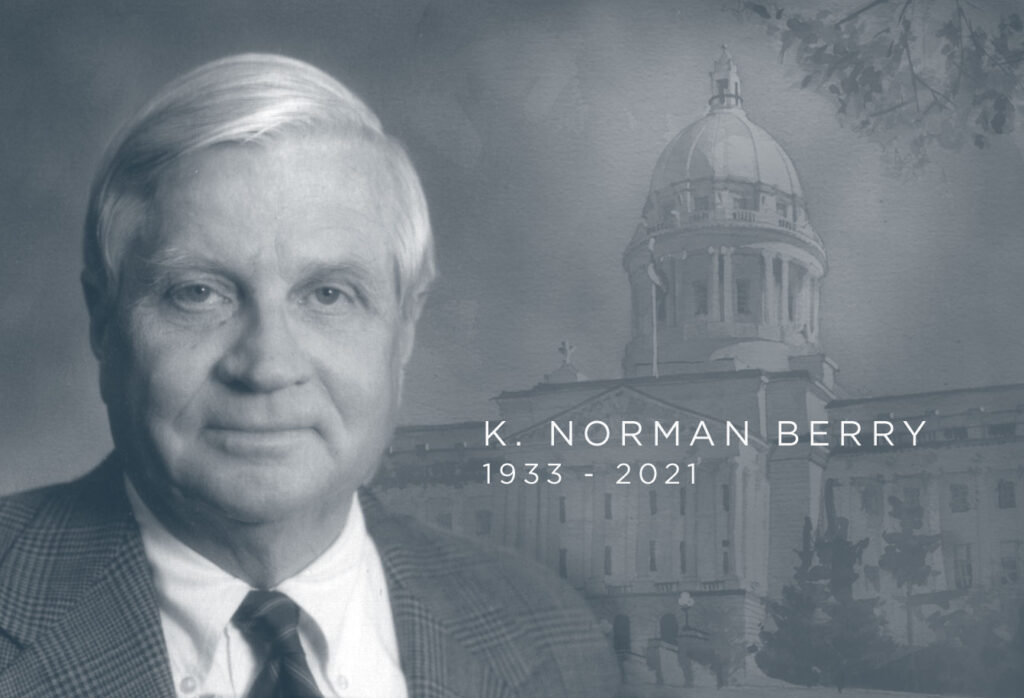 Reflecting on the Legacy and Career of K. Norman Berry

A Letter from Bob Haffermann, Managing Partner at K. Norman Berry Associates Architects reflecting on the legacy and career of Norm Berry.

With the passing of Norman Berry in our 50th year, KNBA reflects on his legacy. Friends, colleagues, consultants, clients – we all have our own fond memories of Norman as we celebrate a long life, well lived. On a personal note, Norm was gracious enough to take me on at the firm in 1983 – fresh out of school, no experience, and I’m sure, full of beans. We worked together every day for the next 28 years. It dawned on me that I have probably spent more time with Norman Berry than my parents or my wife. Sort of amazing when you think about it that way. 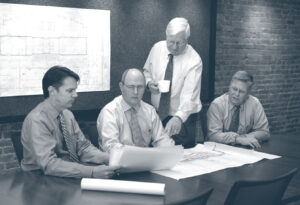 He saw something that I probably didn’t see in myself, and Norm supported and nurtured my talents, along with everyone that worked with him. He was gentle in his criticism; you were allowed to fail gracefully and softly. He knew how to coach you through those inevitable teachable moments. The sense of disappointing him or our clients was more than enough of a ‘lesson’ that you actually learned the lesson – he didn’t need to pile on or embarrass you.

So many things that we take for granted at our firm – operate without debt, know how much cash you have every week, make payroll, pay your consultants when you get paid – came from Norm, mainly through hard lessons that he learned along the way in the early parts of his career building the firm. He was our scout, showing us the path forward.

I remember talking with him during the 2008-09 great recession and how bad it was. Norm had been through worse and talked about the 1973 recession – ‘now that was a recession’. He counseled that we would get through it, to keep going, and all would be right again someday. He was gracious in ways both big and small to the new partners as we transitioned ownership through that time; that will always be gratefully acknowledged.

I have had several people tell me in the last few days that Norm was ‘always a gentleman’. It was one of his most admirable traits and is a hallmark of our firm’s approach to each member of the firm, our clients, our consultants, and those that we interact with across the projects in which we are involved. In 28 years, I think I was able to grab the check from his hand at a restaurant maybe two times. Your drink was never empty at office parties, and he and his wife Dottie were a bit of a matchmaker! 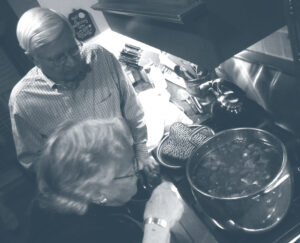 Norm had a great career, a long life, blessed by a strong marriage and wonderful children and grandchildren. Ken and Doris’ success made him so proud. In later years, if you talked with him, inevitably the conversation would steer back to what Jessica or CeeCee were up to.

If I knew Norman, he would want us all to gather ourselves up, and move forward into tomorrow. He would counsel that there will be better days ahead.

It’s a measure of the man that the outpouring of responses to Norman’s passing focus on his gentle ways, his support of you, his support of the city and profession he loved. We have gathered some of the comments we received and wanted to share them with everyone who knew Norman Berry. The partners and employees (past and future) echo many of the sentiments that have been expressed.

On Behalf of the Firm, 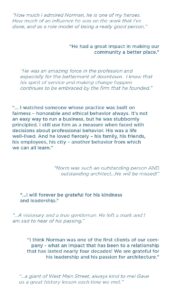