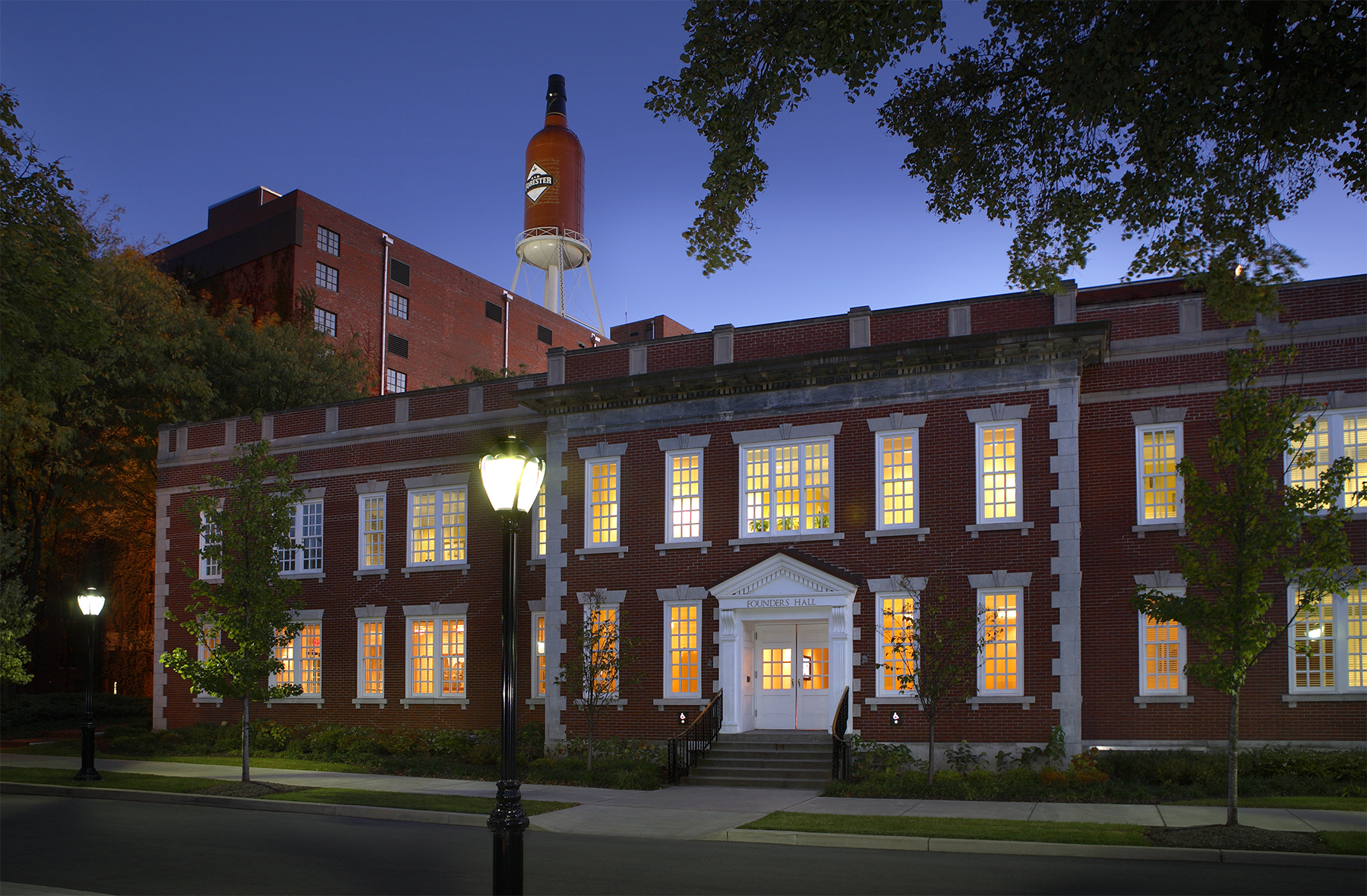 This renovation restored the historic original office building with a sensitive rehabilitation for modern office requirements.

This project is located on the campus of a multi-national corporation where the building originally served as the first administrative office. Original portions of the building predate the 1920’s. With changes in the corporate environment of the campus and new office facilities in adjacent buildings, this historic building enjoyed great sentimental value but provided sub-standard office facilities. This renovation resulted in a cohesive structure and aesthetic intended to unify the original portions of the building with later additions and incorporate all new building systems.

Exterior courtyard treatments were sensitively addressed so as to merge the newly renovated facility into an overall campus plan. The building and a covered walkway allow connected accessible passage between several separate buildings of the campus. The former public street along the building’s north façade was reconfigured with sidewalks, landscaping, seating areas and lighting to enhance the now mostly pedestrian circulation of the campus.