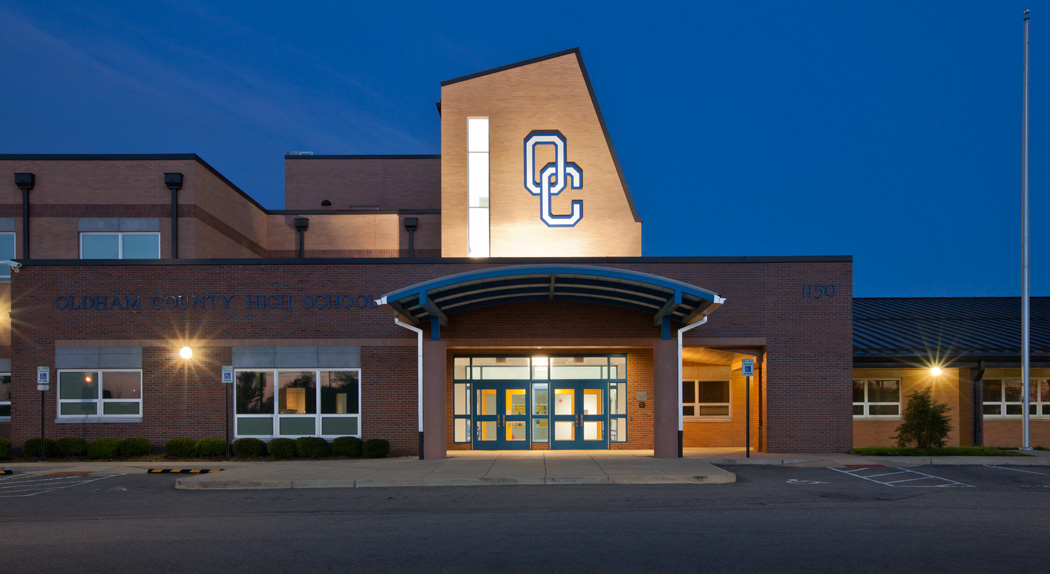 Oldham County
Board of Education

KNBA created a new addition and renovation of major parts of the building to unify and add clarity to the school.

The existing school was constructed in the 1970’s as a separate high school and middle school connected by an exterior walkway. The building lacked a clear point of entry, and once inside, the poor internal circulation contributed to the confusion. The original cafeteria, which was located between the high school and middle school, was too small for the expanded student population. The new two-story addition includes a new front entry, media center, front office, six classrooms and a large athletic space. The cafeteria was expanded and the existing building renovated to allow for up to 1,500 students. The existing auditorium is now acoustically appropriate with new acoustical wall baffles and floating acoustical clouds. New lighting and sound systems along with new stage curtains, valance, sky drops and seating completely transformed the inferior space to a first-class performance space.