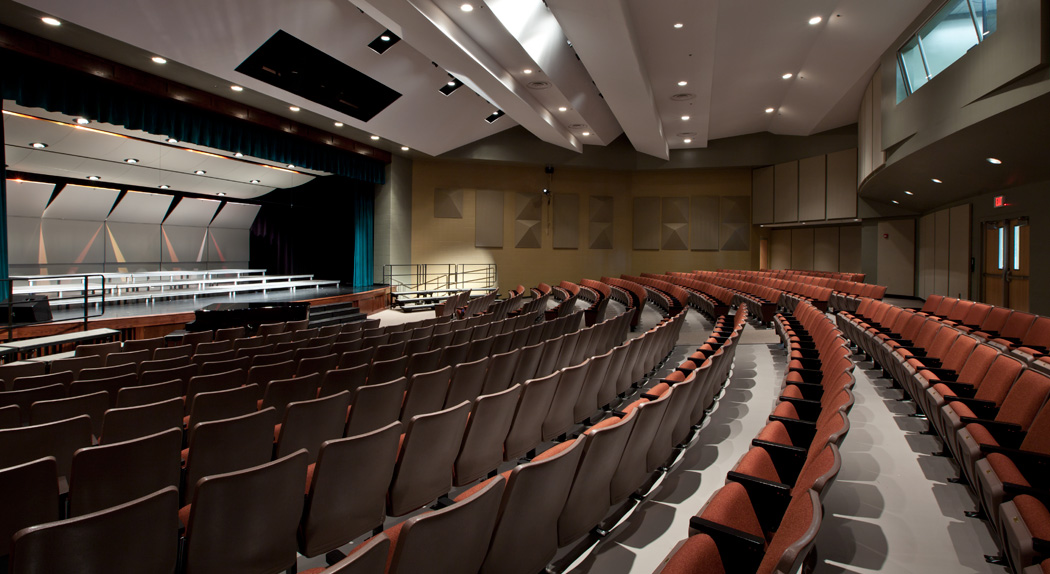 Oldham County
Board of Education

The rapidly growing school district needed to renovate a high school that would accommodate 1,200 students.

The North Oldham Campus was originally constructed with a middle school and an elementary school. Included in the scope of the project was to create shared facilities with the adjacent middle school and a new athletic stadium. The site had limited area for the new additions and the building had to remain in operation throughout the construction period.

KNBA led this $27M school expansion which included a new two-story front addition with a new front entry canopy and entrance vestibule, new administrative and guidance offices and an addition to the cafeteria. The central hall of the new addition connects to the center portion of the original western classroom wing. The second floor contains eleven new classrooms; an elevator, two exit stairs and a central open stair connect the floors. Other additions include a new science lab, spectator gym, a new performing arts/auditorium facility, music rehearsal area shared with the adjacent middle school and a new athletic complex.